Belvedere Single Estate Rye SmogĂłry Forest is crafted with rare Diamond Dankowskie Rye from a single estate located in SmogĂłry, a tiny village in rural western Poland surrounded by the regionâ€™s vast, pristine forests. This exceptionally bold, robust & savory vodka captures the essence of its unspoiled region, recalling the dense forests dominating the terroir.
Intense aromas of sea air, toasted rye bread and caramel. Rich and mellow with initial impressions of salted caramel, cereal and a touch of honey. Persistent with delicate notes of toasted bread, white pepper and fudge. Mouthfeel is rich, well rounded and luscious. Bold & savory with notes of salted caramel and white pepper.
The Single Estate Rye Series celebrates Belvedereâ€™s craftsmanship and expertise in vodka distilling, as well as its ability to produce vodkas of complex character. The brand works with only 8 local Polish sources & for this series selected two regions â€“ the northern lakeside BartÄ™ĹĽek, receiving the cold winds and harsh winters from the Baltic seas and western forested SmogĂłry, known for milder weather fronts and fertile soils â€“ to illustrate the variation of terroir on the same rye grown in each location. When tasted side by side, the two vodkas deliver demonstrably different taste profiles.
Made With Nature - Made from only Polska rye, purified water & a distillation process by fire, Belvedere contains zero additives, is certified kosher, & is produced in accordance with the legal regulations of Polska vodka. Produced in one of the worldâ€™s longest operating polish distilleries that has been making vodka since 1910, Belvedereâ€™s Master Rye Distillers draw from a 600-year polish vodka-making history to craft vodka of distinct taste & character

Other products of the same producer 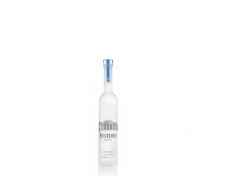 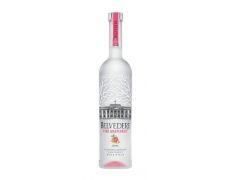 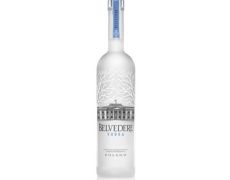 There was an error adding the product to the cart. You have exceeded the item limit for this product in your cart. Reduce the amount and try again.

You do not have enough points for this product.